On Sunday night 6 employees of American family restaurant chain Chuck E Cheese’s were injured after a brawl that broke out in the kitchen of an Ohio branch of the restaurant chain.  A customer who was part of a children’s birthday party had complained to the manager that the photo booth inside the restaurant had broken, after being told that she would need to wait a minute for the manager to assist her, the women’s partner then took it upon himself to confront the manager as he walked into the kitchen threatening to kill him.

Local police said “the manager suffered injuries to his face and head as he was beaten”.  Employee Andre Davis told FOX 8 News “When employees tried to intervene, more men from the birthday party joined the brawl. Half of them were cheering him on, the other half were screaming.  Their children and grandchildren were running around while we were fighting and they don’t know what’s going on and there’s blood everywhere,”

You can read more about the incident here at Fox 8 News. 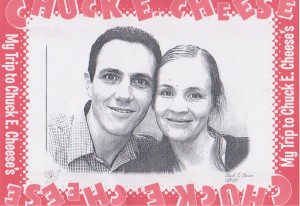